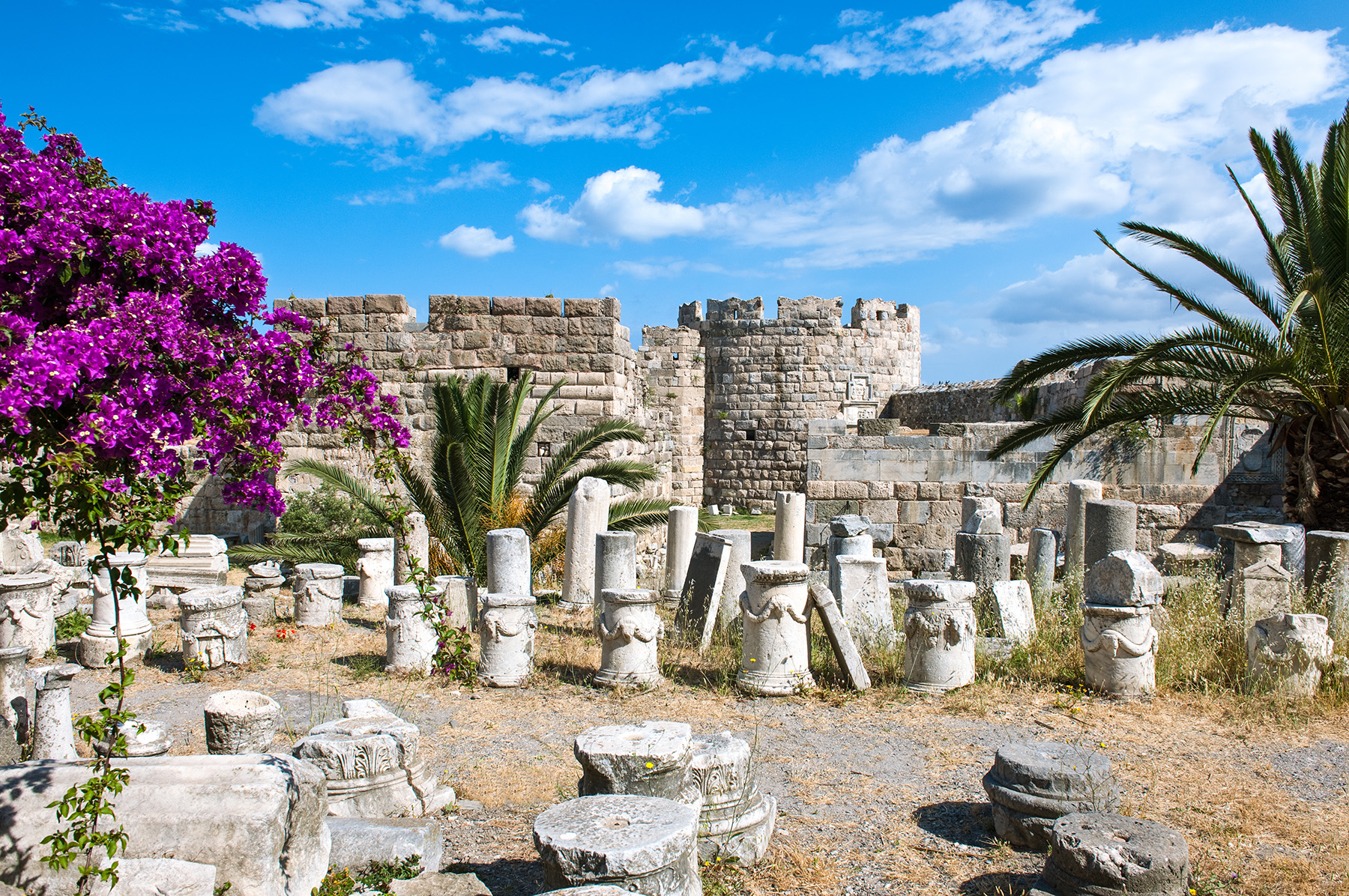 The architecture of Kos has developed throughout many centuries. Influenced by many civilizations through the ages, the style and cultural heritage of the island’s buildings are as distinctive as one might imagine. While some of these distinctions can only be seen by the trained eye, some other differentiations are imminently evident.
If you look at the island’s capital – Kos Town – you will readily see Roman and Venetian structures and styles intermixed with traditional Greek and Ottoman influences. While the typical whitewashed houses are the most iconic representation on the island, a plethora of other architectural styles make Kos so much more appealing.

n Kos, Muslim mosques sit right alongside those Cycladic houses you see with bright colored shutter and flat roofs in travel magazines. Kos is perhaps the perfect case study for preserving architectural traditions since the earthquake of 1933 saw much of the island rebuilt entirely according to Venetian methods. Two clear examples of such architecture are the buildings housing the Archaeological Museum and the Municipal Market. Lesser known monuments are the Gelsomino Hotel, and the administrative building, with its whitewashed façade and clock tower. Strolling down the seaside promenade on the Psaldi side of Kos, you will see several Italianate buildings and the modernist façade of the Orthodox Cathedral (formerly Catholic Church).

Kos also has numerous Muslim monuments, like the Defterdar Mosque, the Mosque of Gazi Hasan Pasa, and the Minaret of Eski Cami, among others. The Jewish synagogue on Alexandrou Diakou Street is a modernist building.
A few excellent examples of Kos’ diverse architectural value can also be seen in the Roman Odeon, the ruined Temple of Dionysus, the Ancient Gymnasium, and the Venetian Castle of Knights, just to name a few notables. These examples exemplify the eras which they represent, as in the case of the Castle, which is an example of medieval defensive fortifications around the Aegean. The churches of Kos define for visitors the religious importance of the island, while other architecture indemnifies the Medieval character of the capital.

Outside Kos Town, beautiful villages like Kefalos (the first capital of the island), Antimachia, Asfendiou, and Pyli are of particular interest because of the Greek influence. The windmills across Kos are maybe the best example to show the visitor the uniqueness of the architectural diversity of the island. Much of the unique architectural styles of Kos is well understood by gazing upon the myriad of monuments and churches in the capital. And the fact that many modern businesses have respected these architectural styles only adds a splendorous aspect to the tapestry that is Kos.

The island has many other outstanding architectural landmarks. The Cultural center “Ancient House – Hippocrates Garden,” a replica of an Ancient Greek Settlement in the 5th century B.C. during the age of Hippocrates and the Antimachia Traditional House, a 1980s model of a traditional early 20th-century dwelling, are two noteworthy attractions, not just for architecture, but also to learn about the history of Kos.
Last, but not least, even the Astir Odysseus Kos Resort & Spa is built to harmonize with this rich tapestry of architectural styles. Developed like a Greek village, the resort flaunts a lagoon-style pool and carefully manicured Mediterranean gardens that will welcome you in comfort and style when you vacation with us on Kos.