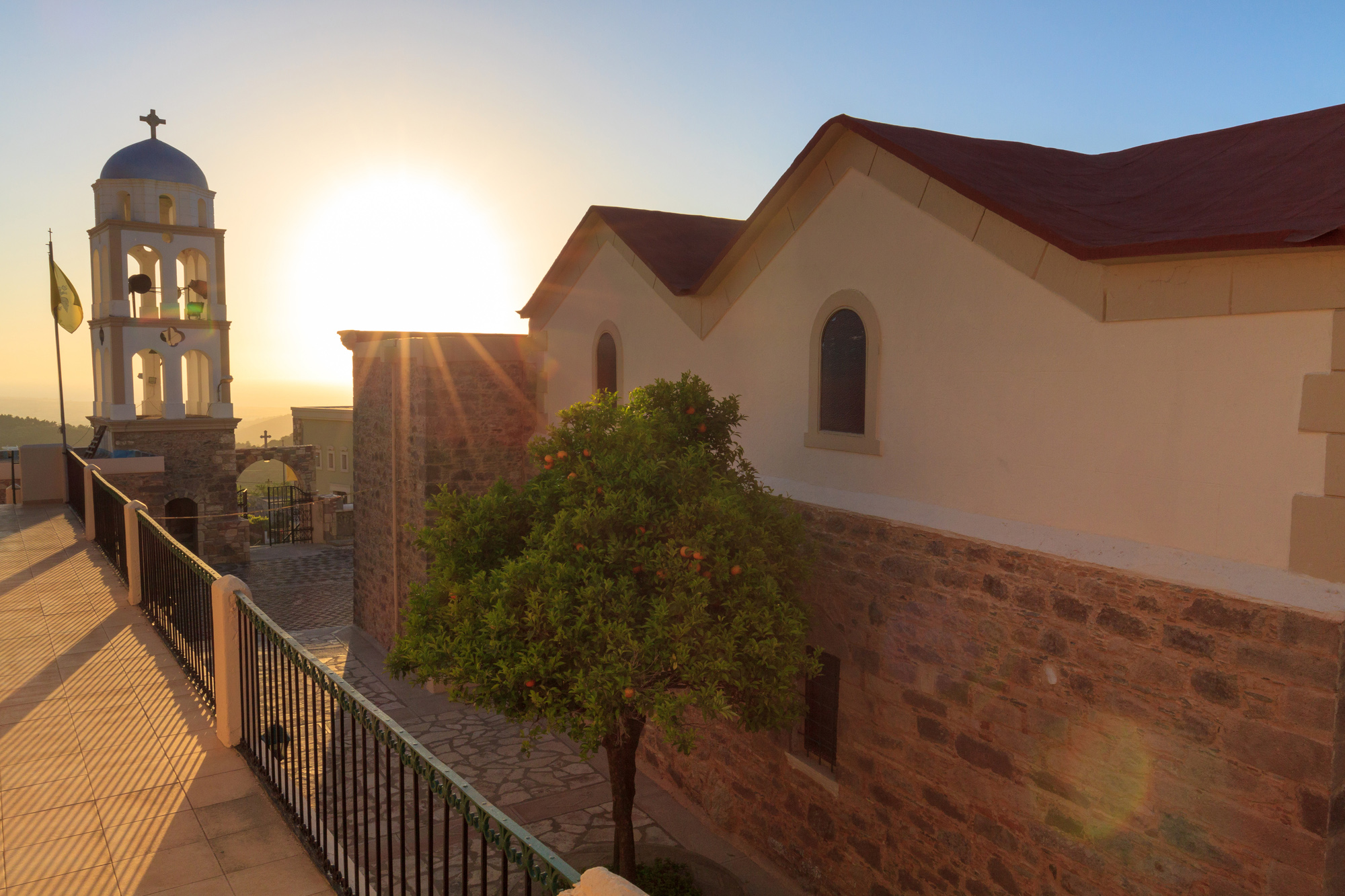 The Asfendiou village is a Kos destination like no other. Set on the slopes of Mount Dikeos, Asfendiou is an idyllic place, which maintains its traditional Greek character in architecture and lifestyle. The fertile soil surrounding the old village enabled it to flourish between 1850 and 1940. By the census of 1952, Asfendiou counted more than 2800 residents. But today, only around 100 people reside here because from the 1960s to the early 1980s many of the young residents left the village looking for better opportunities in Germany, Australia, Canada, and the United States.

Despite the massive emigration wave, Asfendiou survived and it is today an important tourist landmark. The main agricultural activities in the region are winemaking and olive farming. Although it is no longer the prosperous destination it was before the 1960s, Asfendiou is still a remarkable village. Its narrow streets and whitewashed houses are typical examples of modern Greek architecture. Unlike other hamlets in the region, which have been influenced heavily by Italian elements, Asfendiou maintained its Greek character enough to determine the Ministry of Culture to declare it a Protected Settlement in 1983. This is because of the unique character of the village layout, which reminds of a fortress.

Besides its cultural heritage value, Asfendiou is attention-worthy because of its location. Surrounded by lush Mediterranean vegetation, the village overlooks the sea, and from this altitude, the views are more than breathtaking. Besides the old village with its typical architecture and postcard-pretty churches, in the Asfendiou area, you will find the famous Zia village, but also Tigaki, Lagoudi, Linopoti, Zipari, Agios Dimitrios, and Asomati. This countryside villages offer a portal back in time, before the tourist boom, and yet, they are packed with activities to experience and explore. The most impressive are the churches, including the ruins of the paleo-Christian Basilica of St. Paul in Asomati.

At our lobby cream tones with the organic feel of

A light sea breeze that caresses your face and a w

Happy new year! We walk together towards 2022 with

A walk down memory lane as we reminisce about warm

Christmas is finally here! We celebrate the most w

Check out our blog where we curate articles that i

Take a big breath and inhale the future, exhale th

The warm light of the sunrise at Astir illuminates