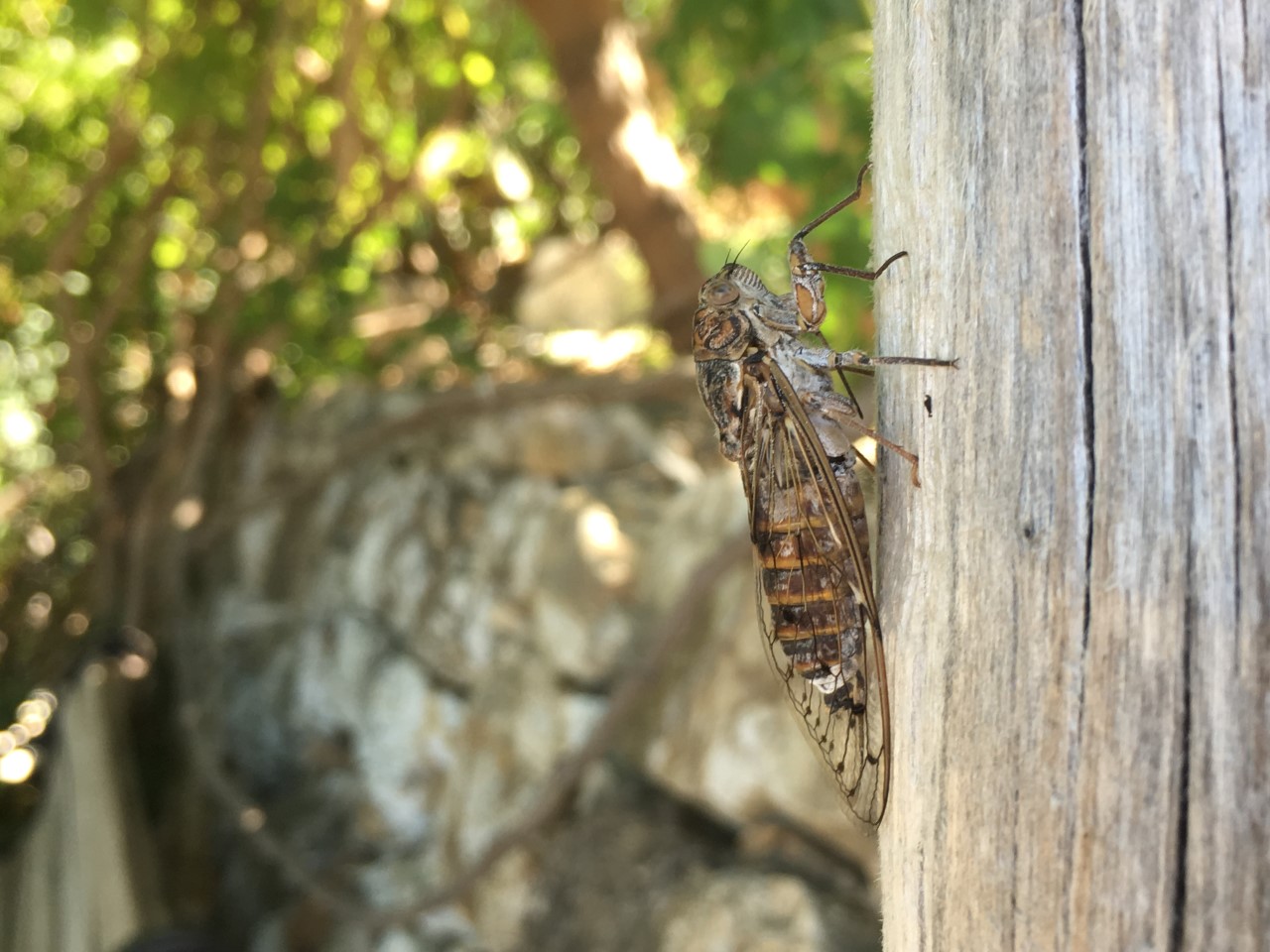 As the late summer temperatures soar in the Aegean islands, there is one sound above all that surrounds us – the high-pitched buzzing of a remarkable insect – the Cicada.

Cicadas (Tzitzikia, as they’re known in Greek) just love heat – the hotter, the better, and they’re at their ear-splitting loudest during the hottest part of the day. You’ll see the odd one on its own, but with their bulging eyes, short antennae and veined translucent wings, they’re normally shy creatures.

Found throughout the southern Mediterranean, the Cicada has an intriguing life-cycle. For the major part of their existence they live as wingless larvae, buried deep beneath the ground. It’s only the adult that takes refuge in the trees and they love pine trees in particular.

It’s the male of the species that makes the noise – to attract a mate, by using a unique technique involving what are called ‘tymbals’ on their lower body. As well as a mating call, the noise is also produced to scare away their natural predators, birds. The female lays its eggs, often counted in their hundreds, in the bark of the tree.

You may hear one Cicada, close by on its own, but more often than not, it’ll be a whole chorus, as they usually stick together when ‘singing’ to increase the volume.

The lifespan of a Cicada will be between two and five years, with almost all of its time spent beneath the surface of the ground, often at depths of over 30cm. Remarkably, the winged adult may live only for a few weeks, hence their need to announce themselves to the world!

With Cicadas having been featured in ancient Greek literature since the time of Homer, they have often been presented as symbols of death and rebirth, because of the insect’s largely hidden life cycle.

While they may sound the same, each type of Cicada (there are about 3000 types of species!) has in fact its own particular sound, appealing to females of its own kind.