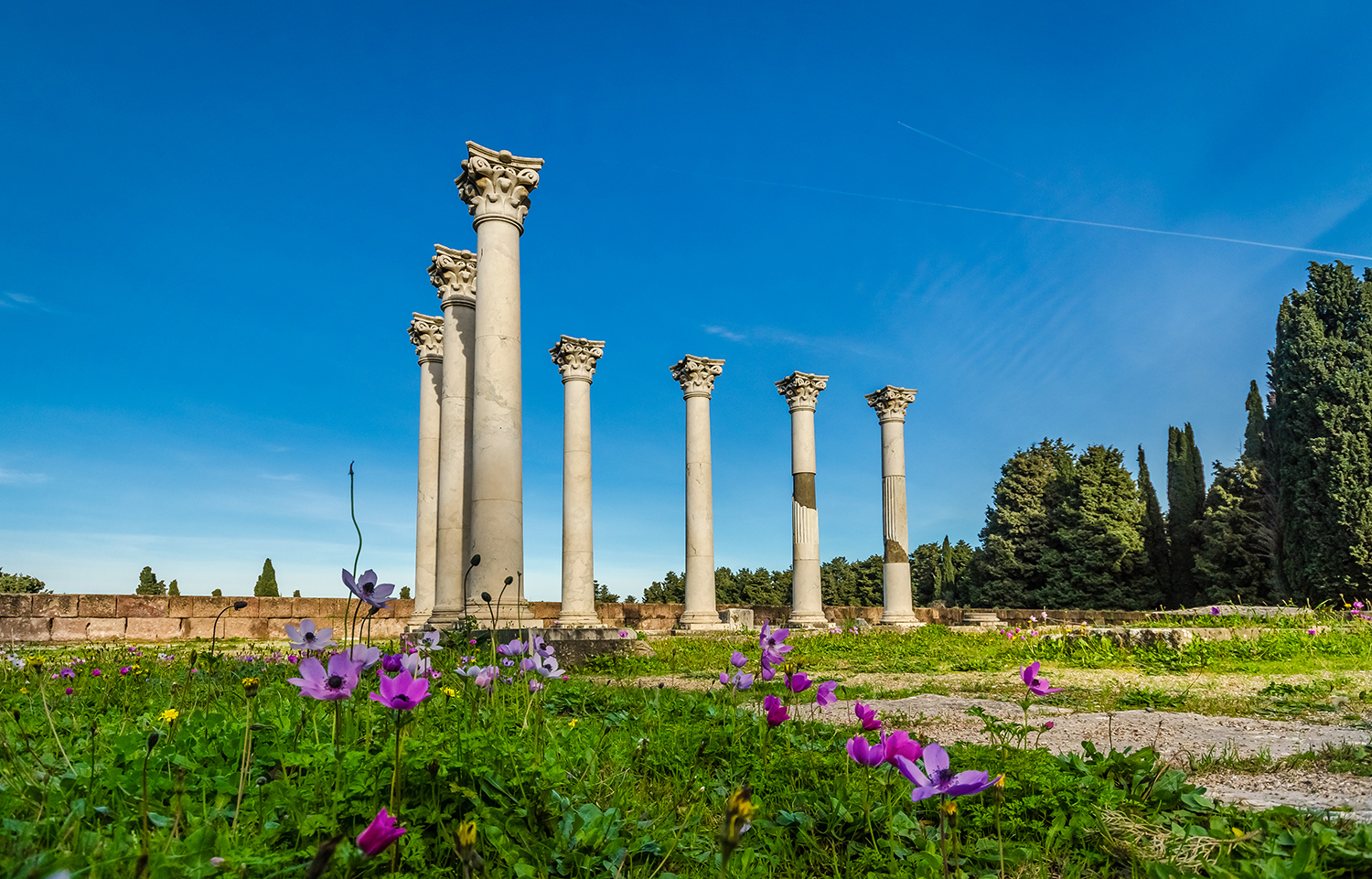 Top 10 Kos: what to do and see if you visit Kos for the first time

Kos is an island that combines beautiful natural landscapes with numerous historical sites. If you’re a first-timer and you want to make a basic planning of things-to-do and see, here are our top 10 tips.

1. Rent a bike and start exploring 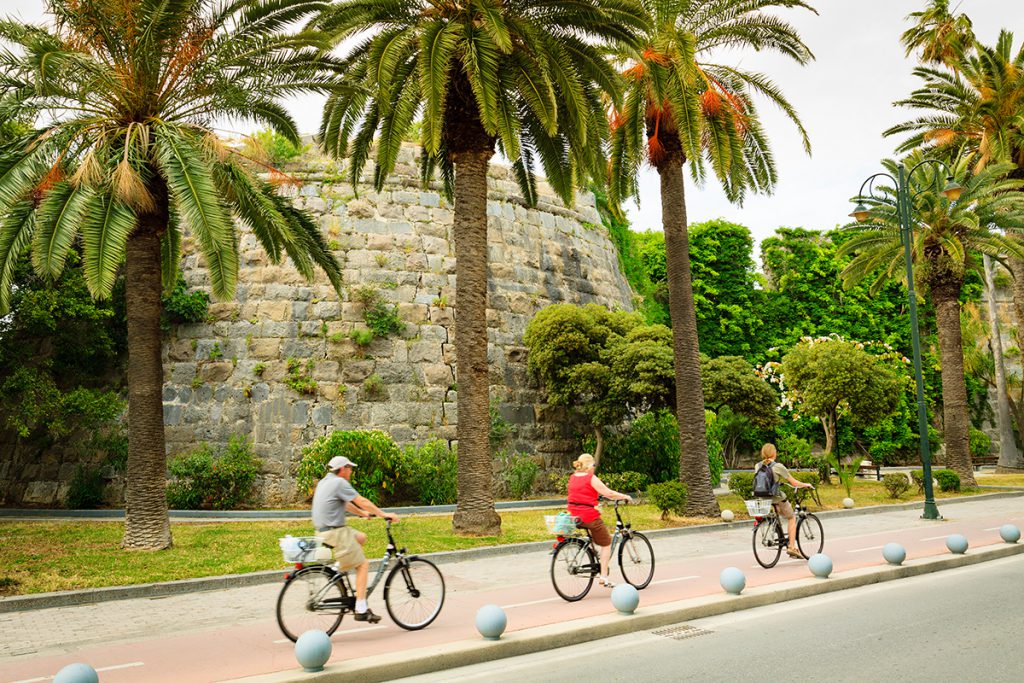 The first thing to do as soon as you set your foot on the island is to rent a bike, as this is probably the best way to explore Kos. Rent a bike (you will find plenty of choices at the local rental stores), start exploring the town of Kos, and as soon as you feel confident enough you can ride your bike on the bike routes that connect Kos town with Tigaki and the beaches of Marmari. Or even, rent a mountain bike and follow the trails and dirt paths on the island’s hills and mountains.

The Agora in ancient Greece was an important commercial, political and social hub. The ancient Agora of Kos is among the largest to have been excavated in Greece. It was built during the 4th century B.C. near the city’s port. Landmarks include among others the Agora, part of the fortication of the city, the shrines of Aphrodite and Hercules, building blocks with the remains of private houses, a part of the ancient port of the city, and a 5th-century Christian basilica.

The Castle of the Knights or Nerantzia Castle is located at the port of Kos and it is the most important part of the fortifications constructed on the island by the Knights Templar at the end of the 14th century. Nerantzia in Greek means “sour orange tree” and the Castle took this name by the great number of sour orange trees planted in Kos that time. The castle has two layers of walls, which are separated by a wide moat. The area on which the castle is built used to be an island in the ancient times and it was connected with the main land by a stone bridge called Phoinikon. The castle’s museum features several old inscriptions, sculptures, and altars. 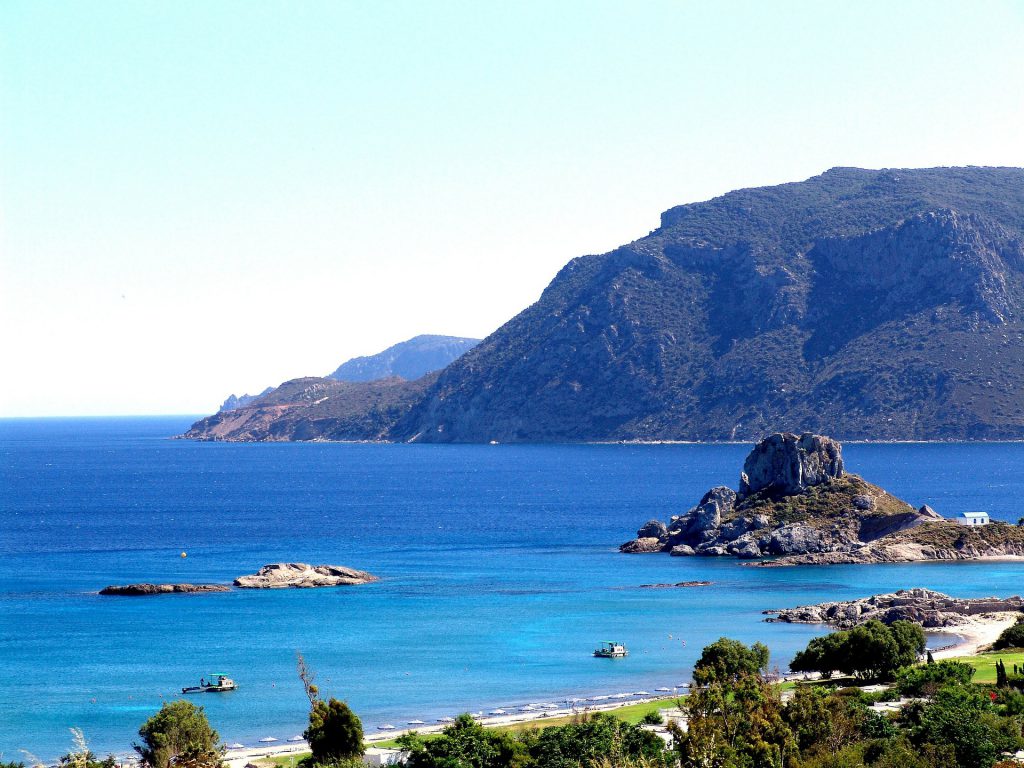 Agios Stefanos is perhaps the most iconic and most photographed beach of Kos, therefore you can’t leave Kos without vising it. Beautiful natural landscape meets history here, as the beach offers the unique experience of swimming next to the ruins of two paleo-christian churches (5th-6th AD). Right across the beach, the islet of Kastri with Agios Nikolaos church makes the landscape even more picturesque.

Palio Pyli is a Byzantine castle-town on the hillside of Mount Dikeos you definitely must visit, especially if you are a history buff. Here you can explore Byzantine churches, like the 14th century church of Ypapanti which features beautiful murals and the temple of the Archangels. The castle offers magnifficent views of the nearby islands of Pserimos and Kalymnos and of the shores of Asia Minor.

6. See the sunset from Zia

Zia is located 15 from the town of Kos and is the place where sunset-hunters gather every afternoon in order to see the most iconic sunset on the island. Just pick a spot in one of the numerous cafes and restaurants to get the best view of the sun sinking behind the islands of Kalymnos and Pserimos.

The Venetian castle of Antimachia is situated on a hill above Antimachia village. It was built in the 14th century by the Order of the Knights of Saint John in order to guard the strait between Kos and Nissyros. In the castle you may visit two Venetian churches, Agios Nikolaos (16th century) and Agia Paraskevi (18th century), and see the remains of houses and cisterns. Of course what will reward you for your visit is the amazing view of the surrounding area and the sea.

8. Take a relaxing walk at Asclepieion

The Asclepieion is one of the most important sights in Kos. It was an ancient medical center, a sanctuary built to honour Asclepius, the god of health and medicine. It is divided in three levels: the first used to be a medical school, at the second level you’ll see an altar and the remains of two smaller temples and at the third level you’ll see the Temple of Asclepieion and a church of the early Christian period. The verdant hill of Asclepieion exudes calmness and offers panoramic views to the town of Kos.

9. Attend a concert at the Roman Odeon 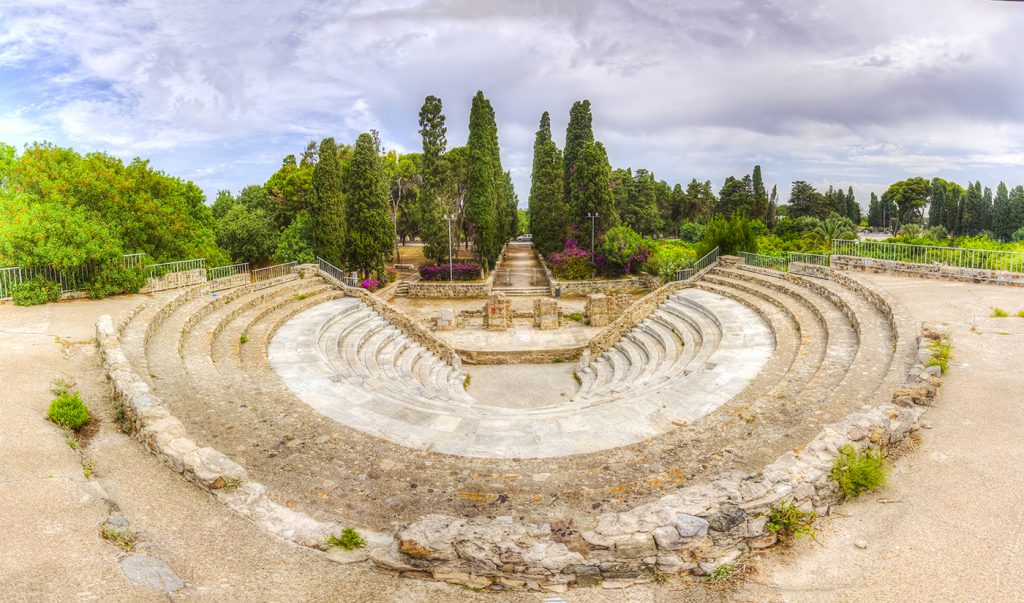 The Roman Odeon of Kos was built in the 2nd century A.D. and it was used as a music conservatory but also as the seat for the local senate. It had fourteen rows of marble seats and seated almost 750 people. The Roman Odeon is still used as a music venue in the summer, so don’t miss the opportunity to attend one of the concerts hosted there.

10. Visit a Traditional Koan house and an old Windmill at Antimachia village

Antimachia is a traditional village 20 km from Astir Odysseus. Its name is over 3.000 years old as the settlement exists since the ancient times. There are some really interesting sites to visit in the village, but the most important are the Windmill of Antimachia, and the House of Antimachia Folklore Museum. The Amallos Windmill is one of the plenty windmills of the island. Today it’s the only one to be active and open to the public. It’s fully restored and offers guided tours to the visitors. The House of Antimachia is a recreation of a typical early-20th century home, featuring the traditional furniture, house equipment and agricultural tools of that time.

A unique opportunity to book an escape to the beau

Refreshing cocktails, strolls under the sun and nu

Summer vacation is a perfect opportunity to look a

Are you looking forward to the perfect summer expe

Take a glimpse of the perfect spot. Would you resi

The large swimming pools and the excellent surroun

Experience the generous Greek hospitality, in one

Either you are seeking to celebrate a special mome

Today we celebrate the World Environment Day! With

We are officially open for Summer Season 2021! We

Some great news regarding your safety this summer

We are excited and thankful, that according to you